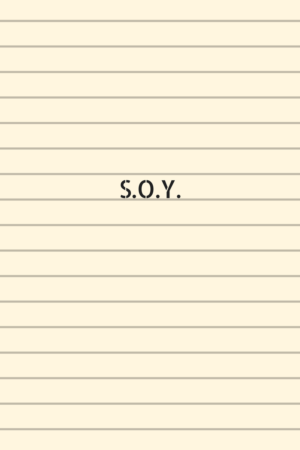 Soy.  This three letter, plant-based protein has created quite a stir in recent years.    Is soy good for you? Or, should you avoid it? If you do eat soy, how much is OK to eat?  If consumed in moderation, non-GMO soy can be  an absolutely acceptable addition to a varied diet.  This discussion can be framed by thinking of soy like chocolate.

Chocolate is a good source of folic acid, copper, and magnesium.  Chocolate and cocoa contain flavanol, which has healthy antioxidant properties.   However, much of the flavanol is lost during manufacturing, so you get the most health benefit from minimally processed chocolate and cocoa, which typically includes dark chocolate, rather than milk chocolate.

So, if you choose good quality, less processed chocolate and cocoa in moderation, you reap the health benefits, if you eat a milk chocolate-bar-a-day, you do not.

Sound familiar? As a holistic nutritionist, I hold this view for many foods.  Most foods in moderation, are generally acceptable.  We also advocate for foods to be consumed in most natural and whole forms, and to avoid processed food altogether.  Soy, in its whole form, has many widely recognized nutrition and health benefits.

Soy is an excellent source of folate, vitamin K, calcium, magnesium, iron and even fibre.

Researchers have recently asked a very simple question about soybeans: what would happen in terms of nutrition if U.S. citizens replaced their current intake of meat and dairy products with soy? Protein intake would decrease somewhat (by approximately 8 grams per day, or 9% of average protein intake). Given the relatively high average daily intake of protein in the U.S. (which in some cases, is nearly double the Dietary Reference Intake level), this 9% decrease in total protein intake does not seem problematic—making this “soy substitution” seem like good nutritional trade-off. I am not advocating replacement of all meat and dairy foods with soy! High-quality meat and dairy foods can play a very supportive role in many diets. But alongside of the many controversies swirling around soybeans and health, it’s important not to lose sight of the strong nutritional value of this legume.

For vegetarians and vegans in particular, soy is a safe and healthy alternative to animal products.  Remember to choose organic and non-GMO soy products. In addition, the most health benefits seem to be derived from fermented soy products such as tempeh or miso

Soy has been proven to lower risk of osteoporosis, heart disease, breast cancer and menopausal symptoms.

What about soy and endocrine disruption?

Let’s focus on one of the most contentious of the soy arguments.  Detractors would have us think that soy, is a culprit in endocrine disruption.  Soy, which contains phytoestrogens of the isoflavone class are relatively weak isoflavones with approximately 1/1000 to 1/10,000 of the potency of estradiol, often used in hormone replacement and  which was cited as a cause for concern in endocrine disruption in rodent studies.

Even though isoflavones are present in relatively high amounts in soy-based infant formula, for example, studies have shown that in order for them to be biologically active, they need to be absorbed in the GI tract, where a conversion process may take place.  Studies show that this isn’t happening, or once they are absorbed, they are being deactivated in the liver.  This would explain why clinical data shows that 0-3% of phytoestrogens present in the plasma of infants who consume soy based formulas are of the biologically active form.  Infants on soy formulas do not accumulate phytoestrogens in their plasma.  Detractors will often suggest that there is as much estrogen in one serving of infant formula as there are in 5 birth control pills.  Well, let’s look at that.  First of all, we cannot compare the synthetic estrogen in birth control pills to the phytoestrogen in isoflavones.  There are two reasons for this;

In fact, research has shown that females that consume as little as one cup of soy milk (or ½ cup of tofu) per day,  have a 30% less risk of developing breast cancer, as compared with females who have little or no soy products in their diet.  To be most effective, this consumption may have to occur early in life, when breast tissue is being formed.

Another topic that is frequent in the big soy debate is whether soy is safe for children.   Research has provided us with the following insight:

Soy formulas are not a new option.  They have been available for approximately 100 years, and currently represent nearly 25%, or ¼ of the infant formula market in the US.  There is a similar skew in Canada.  In terms of composition, they have been found to be as healthy as cows milk or other animal based formula.  The best option will always be a mother’s milk.  However, in cases where mother’s milk not available, and animal protein is not desired for moral or other reasons, soy is a healthy alternative.  Interestingly, switching from regular dairy to soy  does not seem to be the solution to colic issues, as that seems to naturally settle after the 4-6 month mark.

The only exception to its acceptance is in infants who are born pre-term due to an increased risk of osteopenia.

For children past one year of age, soy is an acceptable protein supplement once on solid foods as well.  It is best to always choose organic, non-GMO soy products of the whole food variety, such as tofu, tempeh, and other fermented soy products, and try to avoid soy isolates, and other processed versions of this food, similar to how I would counsel clients for other foods.

Some argue that soy has been the cause of increased estrogen and feminization of men. Although compounds in soy are similar to weak female hormones, they have been found to have no adverse affects on men and may actually help prevent cancer.  Testosterone levels were not proven to be affected.

According to an analysis published in the American Journal of Clinical Nutrition, increased intake of soy resulted in a 26% reduction in prostate cancer risk.  Researchers found as high as a 30% reduction with non-fermented products like soy milk and tofu.

Regarding the issue of thyroid health, clinical studies prove that soy does not cause hypothyroidism, however, soy isoflavones might take up some of the iodine that the body would normally use to make thyroid hormone.  In theory then, people  who consume soy products regularly might want to incorporate a bit more iodine in their diet, for example through seaweed and iodized salt.

This may be more of a theoretical concern than a practical one, since we know that the standard north American diet contains an excess of sodium likely derived from iodized salt products.

This strongly debated topic is muddled by some of the research.  Virtually all of the research negating soy stated that further human based long term studies were required in order to find a conclusion.  Not so for the positive effects of soy – human research has already been done and even compares north American populations to Asian populations where soy has been a diet staple for centuries.

If you choose to incorporate soy products in your  diet, you can do so knowing that science is on your side.

In conclusion, much of the confusion surrounding soy is due to the fact that it remains a question of source (as with chocolate) and quantity.  In North America, over 60% of processed foods contain soy derivatives, or processed GMO soy.

We can confidently include organic/non-GMO as part of a healthy and balanced diet.

We can feel comfortable feeding it to our children – even though most of the time, they might prefer a good piece of dark chocolate (and who wouldn’t?).

If you would like more information about GMOs (Genetically Modified Organisms) , download your copy of my brochure “WHAT IS A GMO AND WHY DO WE WANT THEM REMOVED FROM OUR FOOD SUPPLY? 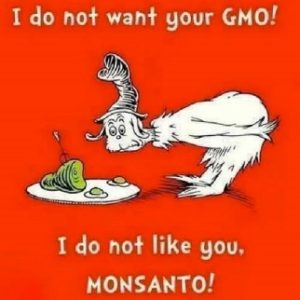 If you are anything like me, you may not know what exactly to do with soy – how to prepare it, when to incorporate it into your meals, etc.  I have asked my friend and colleague, Karen Gilman, founder of Nutrilicious, and an expert in Vegetarian and Vegan diets, to loan us a couple of recipes to get us started.

Karen is a Registered Holistic Nutritionist, and mom to two teenage girls, one vegetarian, one not. She has been preparing vegetarian meals for the past 30 years and has tremendous insight and tools to provide help to families whose children are vegetarian or transitioning to a vegetarian diet.

Any other vegetables your family will eat.

Between 2 tbsp and 4 tbsp warm water, depending on whether you like the sauce thick or thin 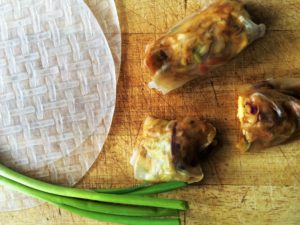 And to find Karen’s incredible Tofu Moo Shu recipe, to to:

Use of Soy Protein-Based Formulas in Infant Feeding, American Academy of Pediatrics

Soy: When It’s Good, When It’s Bad, And How To Tell, Craig Cooper

This site uses Akismet to reduce spam. Learn how your comment data is processed.